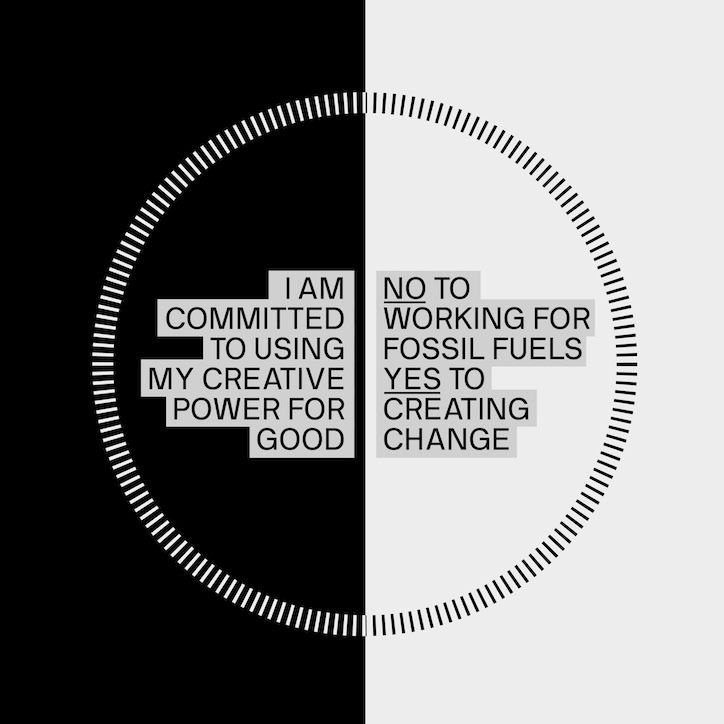 No company is perfect. Your agency’s lucrative financial client is funding gas pipelines. Your favorite tech company might be providing logistical support for oil exploration. These companies are all doing great things too, like powering their campuses and servers with clean energy, but ultimately it’s hard to work in the ad/marketing/tech industry and not get your hands somewhat dirty.

But one place we can and should put our feet down is, we should stop taking briefs directly from the fossil fuel industry. Companies like ExxonMobil, Chevron, Shell, and the like spend billions on advertising and marketing. And we shouldn’t be taking that money until they clean up their act.

UK-based climate action group Extinction Rebellion (XR) is watching us. They helped push the UK to declare a climate emergency through their nonviolent disruptions in London and beyond. And they recently put out this open letter to the ad industry.

You didn’t think we’d forget about you?

We know you like things simple so here they are:

We’re not on the verge of the Sixth Mass Extinction. We’re in it.

If everything on the planet dies, we die.

That’s not a distant future. We are only a few years away from an irreversible temperature climb, although biodiversity destruction may get us first.

“What can I do?” you’re thinking. “I’m just the Founder/CEO/CMO/CCO/CFO/MD/CD of a global advertising agency.”

The answer is: you can do anything you want and you can shift mass behavior in a heartbeat. One of the reasons we’ve got here is because you’ve been selling things to people that they don’t need. You are the manipulators and architects of that consumerist frenzy. Imagine what would happen if you devoted those skills to something better.

No, making a small campaign to give up drinking from plastic straws is not going to cut it.

Neither is doing some pro-bono for an anti-palm oil initiative.

Here’s the thing you can do:

Declare a climate & ecological emergency and act accordingly. Persuade your clients and their audiences to do the same.

If you don’t make this change, consumers will insist you do. Look at the streets of London in the last month. People are beginning to see where the problems lie, and soon they will see you.

You have an extraordinary moment to be on the right side of history. That’s not something that can get postponed to Q3. It needs action right now.

Be All That You Can Be.

We’re here to support you in this vital transition.

Sustainability consultancy Futerra has been doing some great work in this space for a while, and now they’re answering the call from XR with the Creative Climate Disclosure. Other agencies and individual creatives (including myself) have signed this. Here’s what they have to say: 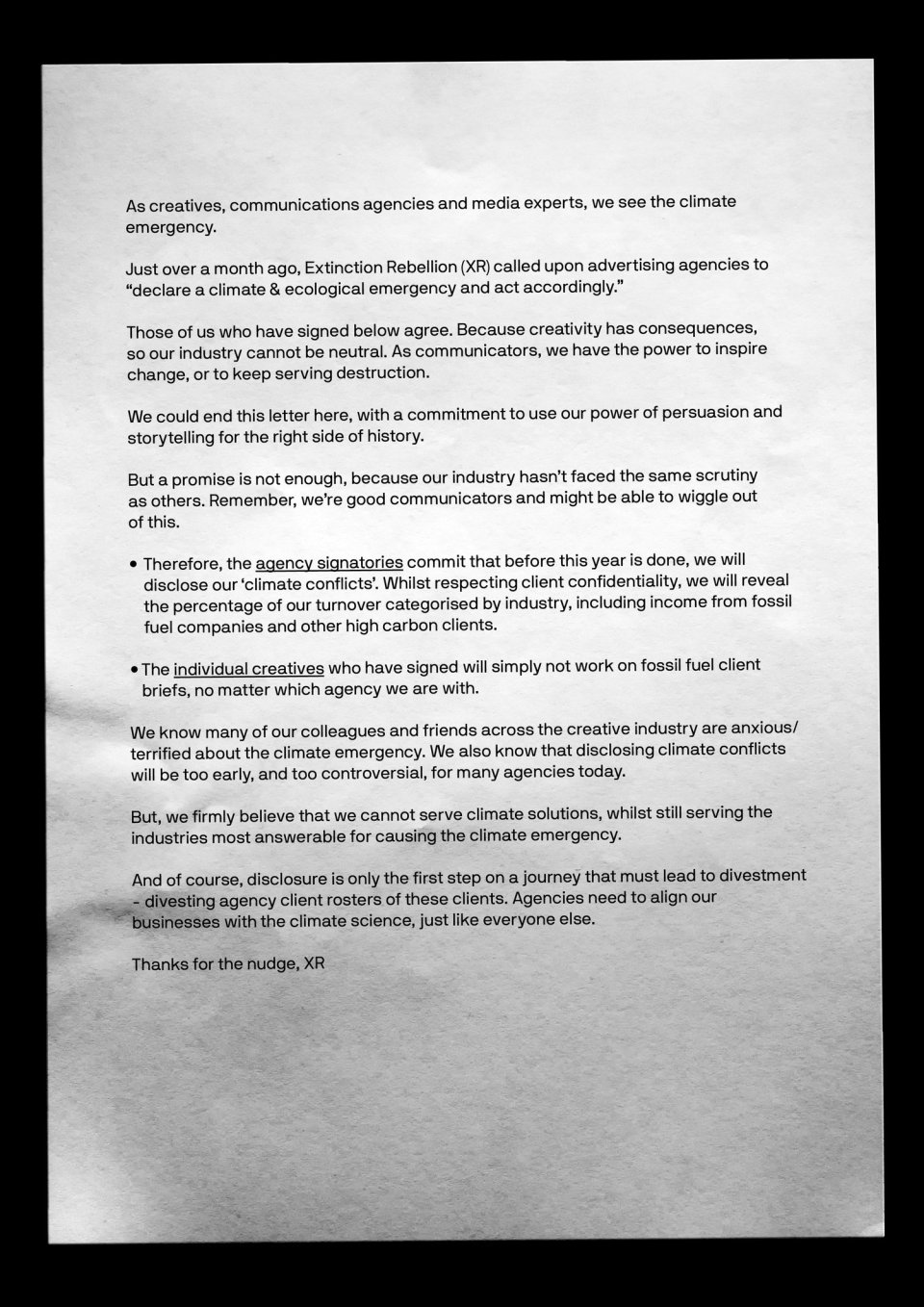 So if you’re a creative, or have some pull at your agency, go to the Creative Climate Disclosure site, sign it, spread the word, get more people to sign it, and let’s use our powers of persuasion on the fossil fuel industry.

P.S. I’m not under the delusion that we’re going to be able to make these companies disappear. The fossil fuel companies are going to fight tooth and nail to stay alive, and they have more influence and resources than anybody to do so. They all could invest way more in things like clean energy and carbon capture technology, but they’re taking their sweet ass time because they’re still too focused on short term profit, and trying to avoid being stuck with stranded assets. That’s why we need to deny them our talents until they stop with their predatory delay tactics and accelerate their investment in the future. Shell, for example, is already doing a better job of this than most. But they can and must all do way better.

Have a look around